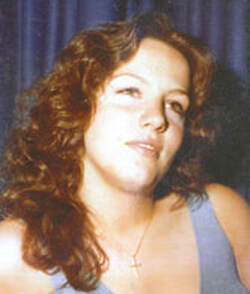 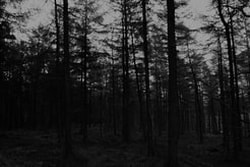 ​                                     Deborah Perry 1986                        Status: Unsolved Homicide
Deborah Perry (28) lived at 1D Hillside Manor in the Father Diaferio Village in Fall River. She was reported missing on Dec 30 1985, eleven (11) days after she was last seen by her mother.
The Father Diaferio Village was formerly known as Hillside Manor. The housing development underwent and extensive rehabilitation. At the time of Perry being reported missing, the project was known for being a haven for prostitution and drug dealing.
On December 24 1985 a witness reported to police seeing suspicious activity along Route 88.
"On Christmas Eve at approximately 2:30PM I was coming back from the hairdresser's. I was driving south on Route 88 and saw a car parked on the other side of the street with the trunk open. I slowed because of the trunk being open. I saw a male take something that looked like a body which he threw over his shoulder. It was wrapped with something that looked like a blanket. I slowed down and saw him walk into the woods with the object on his shoulder. I thought it was fishy, so I turned around just south of of Drift Road and drove back and saw the man coming out of the woods with a garbage bag in his hand. I drove down Hixbridge Road and parked just west of Route 88. Shortly after, he drove north on Route 88 and also turned west on Hixbridge Road by me. I had gotten his registration number before but rechecked and I have it right. I watched him take a left onto Main Road and waited for a while to see if he was coming back.He didn't, so I turned around and came home. I got a pretty good look at him because I looked at him full in the face as he was walking out of the woods. I think I could identify him."
On December 31 1985 a motorist made a discovery in a wooded area intersection of Route 88 and Drift Road, it was later determined to be Deborah Perry’s upper torso lying face down.
On February 27 1986 hikers discovered decomposed legs near a swamp in Tiverton R.I. The bone was devoid of flesh and still attached to a blue and white tennis shoe, it was later determined to belong to Deborah Perry. When police responded to the scene, they discovered the bones of the other leg partially wrapped in a plastic bag nearby. The area from the top of her thighs to her waistline was never recovered. Deborah's case became one of the area’s most gruesome homicide cases.
In June 1986 Thomas A. Souza of 99 Tremont St., Fall River, an alleged friend of Perry, was charged with her murder. The charges were dismissed when a judge ruled that police withheld evidence from the grand jury that had indicted him, and as a result there was no direct evidence to link Souza to the crime. Perry’s case collected dust for years and remains unsolved.