Lisa Hazard
​                                                                Lisa Hazard                                  Missing Person 2019
Lisa Hazard (29) was last seen in the early morning hours of March 3 2019. She was described as being 5ft 9in tall, brown hair, brown eyes, slim build, wearing black sweat pants, brown boots and a zodiac tattoo on her right wrist. Initially it was reported she went missing after visiting her 3-year-old son, and the child's biological father for several days in New Bedford, It was confirmed she didn't spend the night at the house.
​     According to a close friend, who spoke with her on March 3 2019, Hazard had packed her belongings in anticipation of getting a ride from New Bedford to an unnamed drug treatment center. The biological father reported Hazard stated "she was going to Fall River to procure drugs before checking into rehab." Prior to visiting New Bedford for several days she also spent time at her mother's apartment in Fall River.
Hazard was reported missing to the Fall River Police Department by her family on April 23 2019. On June 4 2019 The Fall River Police Department issued a formal press release and alerted the media and public. At that point she has been missing for nearly three (3) months.
Investigators have interviewed people tied to Hazard, all have been "very cooperative, the investigation is active" Currently foul play hasn't been ruled out, and there is no person(s) of interest. Hazard had a history of drug use, in addition one of her sisters died of an overdose a few months prior to her disappearance. Hazard's family has put up a $1000 reward for any information leading to her whereabouts. In late 2019 her mother also passed away from Cancer.

Jennifer Mbugua
Jennifer Mbugua                                           Missing Person 2014
Jennifer Mbugua (31) was last seen outside her apartment in the 500-block South Main Street on May 27 2014.
On May 28 2014 her Toyota Camry was  was discovered abandoned at a Shell gas station on Route 1  in North Attleboro. Her pocketbook containing her license, and wallet. Her footwear (sandals) and keys to her vehicle were discovered in a nearby dumpster. An extensive ground and air search was conducted by North Attleboro Police and Massachusetts State Police.
Investigators have determined the vehicle was left at the gas station between Midnight and 3 a.m. on May 28th 2014.
Mbugua was born in Kenya and moved to Massachusetts in 2001, first residing in Taunton , them moved to Fall River in 2012. She has two (2) sisters who also reside in Massachusetts, but the remaining family members reside in Kenya. Mbugua was an LPN (Licensed Practical Nurse) and worked at various nursing homes in the area. There is a $5000 reward for information.

Bones Discovered
​On April 8 2017 skeletal remains were discovered off Arnold Road in North Attleboro. Police determined the bones had been there for quite sometime prior to being discovered by a local resident. Investigators have been unable to identify the bones or even determine if they belong to a man or woman.
Jennifer Mbugua remains missing 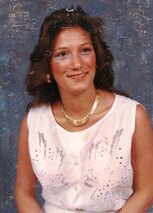 UPDATE: June 2018
The Fall River Police Department is reactivating this cold case after 27 years. DNA technology has become more advanced, thus the blood evidence that was collected can be reexamined with new DNA testing.