180 Horseneck Road, Dartmouth
Jose Cortez Cornejo 2020                     Trial Pending
On July 14 2020 at 5:10 A.M. Dartmouth Police received a 911 call from a passing motorist reporting of a possibly injured male by the side of the roadway near 180 Horseneck Road.
Police along with paramedics responded to the area and located the male, later identified as Jose Cortez Cornejo (27) from New Bedford, deceased.
Cornejo had suffered from four (4) gunshot wounds, to his face, back and sides. When officers arrived on scene they found Cornejo unresponsive wearing a white T-shirt with fresh blood on the left side and what appeared to be a footprint on his back, along with tan jogging pants and blue Jordan sneakers. Four (4) 9mm shell casings were recovered near his body, In addition Cornejo’s license, cell phone and a Honda key recovered. Several residents near the scene reported they heard three to five gunshot sounds between 11 and 11:30 p.m. on July 13th and the sound of a vehicle speeding off from the area.

Arrest Warrant Issued, Suspect Apprehended
On July 17 2020 an arrest warrant was issued for Franklin Antonio Amaya Paredes (23) of New Bedford. That evening Paredes was located and arrested in New Bedford by Massachusetts State Police.  On July 20 2020 Paredes (23) pleaded not guilty and was ordered held without bail. Parades has no criminal record, however he is not a citizen of the United States.  His attorney argued there was no evidence linking Parades to the crime, no blood evidence, no fingerprints, no DNA, no witnesses. ​

Investigation
​Parades and Cornejo were cousins. Forensic analysis of the cell phone showed that on the day of the murder Cornejo had received Facebook messages from Paredes’ account inviting him to someone’s home. Paredes also admitted to being at the same party with Cornejo earlier that evening. Interestingly, the day after the investigation was started, the name on the Facebook account that sent messages to Cornejo was changed.
On July 13 2020 Parades, his girlfriend, and Conejo all met at the Boost Mobile cellphone store at Cove Road in New Bedford. Surveillance cameras in that area showed that both Paredes and Cornejo were there on July 13 at 10:30 p.m.  Shortly after that a Honda Pilot, which is registered to Paredes’ girlfriend’s, arrived on the scene. Paredes told investigators later that he called his girlfriend to pick him and Cornejo up. Paredes claimed he had called someone else for a ride that night because Cornejo was drunk. Both Paredes and his girlfriend were with Cornejo at the Boost Mobile at the time he was picked up and entered the vehicle.
Cell phone forensic evidence came from the cellphone belonging to Paredes’ girlfriend, not Paredes. Parades' girlfriend was present at the time of the murder based on her cellphone records. GPS tracking on her cellphone provided a detailed route, including stops after the murder.
Prosecutors added that investigators do believe the crime is gang-related. Additionally, Parades admitted to investigators that he a problem with Cornejo. 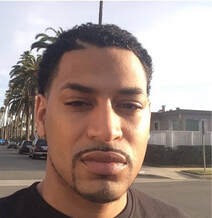 ​
Investigation Summary
Investigators determined Robert A. Rose Jr. (48) and Tavares had a business relationship that revolved around the selling and distribution of drugs. Tavares was known for selling marijuana and cocaine, and the men had met at the Regency Hotel parking lot previously on several occasions to conduct business.
One the night of the murder, Tavares and Rose had exchanged nineteen (19) text messages setting a time and place to conduct business. Rose left his girlfriend's home and drove to Dartmouth to meet Tavares.
Video surveillance shows Rose arriving at the Kohl's store (9:33 p.m.), entering and walking around the store (9:42 p.m.), making no purchases. At 10:13 p.m. Tavares texted Rose and notified him that he had arrived at the Regency lot and was waiting for him. At 10:22 p.m. Rose responded to the text, and exits the store and drives closer to the meet-up location, as is recorded on several surveillance camera from multiple businesses in the area.  Video surveillance captured Rose parking his vehicle at the Texas Roadhouse restaurant (10:10 p.m.) before walking towards the Regency parking lot.
Video surveillance from the Regency (10:24 p.m.) shows Rose approach Tavares's vehicle and enter on the passenger side, where he remained for less than one (1) minute, during this same time period several hotel guests reported hearing an argument and then the sound of glass breaking. Rose shot Tavares twice in the head and once in the neck. Rose then exited the vehicle, walks to the driver's side door and fires one more shot.
Rose is seen on video fleeing the scene on foot, Within three (3) minutes of the shooting, Rose's vehicle is observed pulling onto Faunce Corner Road, and taking Route 195 East to Wareham to see a friend. While in Wareham he shuts off his phone for the next two (2) days before returning to his girlfriend's home two (2) days later.
Investigators using Tavares's phone connected Rose to the homicide. After being contacted by law enforcement for an interview, Rose drove to meet the investigators in a different vehicle than he was driving on December 22. Rose denied meeting with Tavares, additionally Rose claimed he had lost his cellphone before or after the time of the homicide along with his jacket and wallet. He had no recollection of where or when he lost those items.

Suspect Arrested
Robert A. Rose Jr. was arrested after a follow-up interview with investigators. During the interview Rose was presented with a video timeline collected as evidence showing his BMW and his travels. Rose denied killing Tavares. “Just charge me or let me leave,” Rose told investigators during the interview, He declined an offer for a polygraph test and then was arrested. He was charged with first degree murder and misleading police, he was held with out bail. Rose’s 11-page criminal record dates back to 1989 and includes an incarceration, charges for drugs and assaults, probation violations and defaults.

Stanley Webb 2017                        Trial Pending ​
Background
Stanley took the last name Webb when his mother Lillian married Donald Webb in 1961. Stanley is the step-son of Donald. Stanley Webb was a former New Bedford police officer from 1981-1984, and a former a part-time manager of illegal poker machines. These machines would later lead to a gaming conviction which was later overturned in 2007.
In June 1983 during a search for illegal poker machines, forty-three (43) machines were seized. Law Enforcement immediately suspected someone had leaked the word about the upcoming search for those machines at local businesses.  The police departments internal affairs investigators suspected Stanley of being that source. An investigation ensued and Stanley refused to answer the majority of the questions as instructed by his attorney, John Cicilline (same attorney who represents his mother Lillian).  In 1984 he resigned from the police department and plead guilty to running an illegal lottery.
Stanley Webb is the president of Nutel Communications based in Fall River. In 2002 Fall River Police seized machines inside two restaurants owned by Nutel Communications, additionally in 2004 Freetown Police seized 3 machines at a local restaurant, no charges were filed.
Stanley claims they aren't gambling machines, but are vending machines. The machines that allow users to play poker, and other games of chance games, which printed receipts that were exchanged at the bar for cash prizes.  The decision was the result of criminal charges brought against Webb for operating phone card machines that offered users the opportunity to play games of chance in Fall River in 2002. He was convicted in Fall River District Court of setting up or promoting a lottery, but the Appeals Court overturned the conviction, stating that prosecutors failed to establish the element of price to participate in the game, which is a key factor in the “lotteries” section of the state’s gaming law.  Since the Appeals Court found his games could be played for free, it overturned the conviction. The state Supreme Judicial Court upheld the Appeals Court decision in Commonwealth vs. Webb.
In January 2017 Stanley Webb and Jacqueline Webb became targets of an illegal gaming investigation by the Massachusetts Attorney Generals Office.

Investigation
On June 1 2017 a civil lawsuit in excess of $1 million is filed against Stanley, his mother Lillian, and also Donald Webb (if alive). The civil action was intended force Lillian and Stanley to provide information on the whereabouts of Donald Webb. Donald Webb is a wanted fugitive for a 1980 murder of a Police Chief Gregory Adams in Saxonburg Pennsylvania. (see "Solved Murders" on the Dartmouth page)
​​
June 2017 Search Warrant for DNA & Seizure of Gambling Machines
On June 28 2017 The FBI arrived at the Lillian's Dartmouth home with a new search warrant. The warrant was to seize items that could contain Donald's DNA.
On the same day, Massachusetts State Police detectives assigned to the Massachusetts Attorney Generals Office conducted raids on numerous businesses throughout the local area confiscating vending machines owned by Nutel Communications of Fall River. Law enforcement was specifically targeting Stanley Webb’s machines, and confiscated roughly three hundred (300) machines throughout the area.

Indictments June 28 2018
On June 28 2018 Stanley Webb, 62, was indicted along with his daughter Jaqueline Webb, 35, her husband Brian Pinheiro, 35, the company they own, Nutel Communications Inc., and their associate Romie Jones, 47.  The four (4) have been indicted in connection with a large-scale investigation into a major multi-million-dollar illegal gambling and money laundering scheme. Today’s indictments by a statewide grand jury are the result of an extensive investigation by the Massachusetts Attorney Generals Office, the Massachusetts State Police, with assistance from various federal, state and local authorities, including the Massachusetts Lottery, the Massachusetts Treasury, the Massachusetts Gaming Commission and the Massachusetts Department of Revenue.
The indictments are also the culmination of the largest-ever take down in the history of the Massachusetts State Police Unit assigned to the Attorney General’s Office. The take down included the execution of 100 search warrants carried out by more than 300 police officers, and resulted in the seizure of more than $2.1 million, precious metals, and tens of thousands of dollars’ worth of various types of property. The indictments come one year to the day that the machines were confiscated.
Authorities allege that the defendants were operating 130 illegal Nutel gambling machines they had placed near Massachusetts State Lottery products in various establishments including social clubs, sports bars, convenience stores and gas stations throughout eastern Massachusetts. Authorities recovered more than $450,000 of the $2.1 million from a hidden compartment in Stanley Webb’s Westport home.
Nutel Communications Inc. (Nutel), the Webbs, Pinheiro, and Jones were all indicted on one (1) count each of keeping a place for registering bets; organizing and promoting gambling; unlawful operation of a gaming device; conspiracy to keep a place for registering bets; and conspiracy to operate an illegal gaming device.
The Webbs and Nutel have also been charged with a total of twenty-six (26) counts of money laundering, and along with Pinheiro, they have been charged with one (1) count each of the charge of conspiracy to commit money laundering.
The Webbs and Pinheiro were also indicted on one (1) count of failure to file income tax returns in 2016 in connection with the money laundering scheme. Stanley Webb has also been charged with on four (4) counts of improper storage of a firearm.

Update : No Trial Date yet
Lawyers returned to Suffolk Superior Court on February 2019 for a status conference, where future court dates and potentially a trial date could be set.
Stanley Webb is currently free on personal recognizance.  He was required to surrender his passport and remain in Massachusetts unless he has court permission to leave the state. Indicted along with him were his daughter, Jacqueline Webb (36) , her husband, Brian Pinheiro (37) and the company they own, Nutel Communications Inc. as well as and their associate, Romie Jones (49). The defendants all reside in Westport.