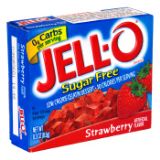 Richard Alfredo 1990                                Status: Solved 1999
On Jan 21 1990 Richard Alfredo (61) died unexpectedly, initially it was thought he suffered a heart attack, since he had a long medical history. His untimely death was ruled "natural causes" so no autopsy was preformed. His estate was worth about $25,000 which went to his estranged wife and children.
Christina Martin (42), Mr. Alfredo's girlfriend at the time, remained residing in the Westport home with her children after his death.
In Feb 1990 two (2) woman came forward to police with the suggestion that Mr. Alfredo's death was not "natural" and that perhaps he was poisoned intentionally. Ms. Martin's daughter, Teasha Pauline (17), had told high school friends that Mr. Alfredo had been molesting her and that her mother got revenge by serving Mr. Alfredo strawberry JELL-O laced with LSD. Several neighborhood teenagers were prepared to testify that Ms. Martin and Teasha Pauline purchased what they thought were drugs multiple times for the express purpose of killing Mr. Alfredo. They purchased eight tablets of what they thought was mescaline, and turned out to be LSD, then ground up the pills into a dust.
Law Enforcement had Mr. Alfredo's body exhumed and an autopsy was preformed. The results of the autopsy indicated Mr. Alfredo had died from "Acute LSD Intoxication".  The cause of death was then changed from "natural causes" to "homicide"and the investigation began.
Just two days after being questioned by police regarding the death of Mr. Alfredo, Ms Martin and her children abruptly moved to Montreal Canada.
In April 1990 Ms Martin was arrested in Canada and charged with 1st degree murder in connection to Mr. Alfredo's death.
At trial the prosecution presented witnesses to help prove the allegation that Mr. Alfredo suffered a fatal heart attack after eating JELL-O Martin laced with LSD, motive being she thought she would inherit his money and property. The jury rejected testimony from Teasha Pauline who claimed that SHE (not her mother) had laced the JELL-O. Ms. Pauline admitted she laced the JELL-O because Mr. Alfredo had allegedly been molesting her.
On Nov 13  1992, after 5 1/2 hours of deliberation,  the jury convicted Ms. Martin of 1st-degree murder.  The Asst. District Attorney who prosecuted the case, had not yet determined whether to bring charges against Ms. Pauline. Ms. Pauline was never charged
Ms. Martin filed an appeal for the the 1st-degree murder verdict was it overturned by Superior Court Judge Gordon Doerfer in 1997. Attorney Kevin Mahoney argued that Ms. Martin had been inadequately represented by he original attorney, and that the DA's Office withheld key evidence. Judge Doerfer's ruling was upheld in July 1988 by Supreme Judicial Court and a retrial was scheduled. To avoid another trial a plea bargain was agreed upon.
With a plea bargain in place in Feb 1999, Ms. Martin walked out of Superior Court a free woman after pleading guilty of manslaughter in connection of Mr. Alfredo's death in Jan 1990. In exchange for a sentence of 8 1/2 years of time served, and 10 years probation.  The plea deal was accepted by Judge John Tierney.