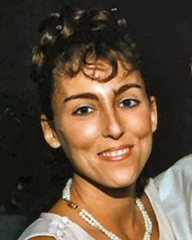 Luis Melo’s Version of Events
According to Luis, he picked up Debbie from a dermatologist on Route 18 in South Weymouth. The couple the headed south towards their home Taunton.  During the ride, an argument over money began, and resulted in Debbie exiting the vehicle on Route 18 in Weymouth near the flower store. He continued down the road a short distance, then returned back twenty minutes later and Debbie was nowhere to be found. He figured she would find a way home, and he continued on his journey home.
On June 21 2000 Luis reported Debbie missing.

Extensive Search
Law Enforcement used dogs, and helicopters to conduct a very extensive search of the area in Weymouth, which yielded no results.  A search was conducted behind the couples Taunton home and along the Taunton River, also yielding no results. Luis was questioned by police, and later failed a lie detector test regarding Debbie’s disappearance. Luis has not been called a suspect in the case, nor has any suspect been named. No arrests have been made.
Police have wondered why Luis never took a more active role in looking for Debbie. He never participated in any searches, or vigils. Luis maintain his innocence in the disappearance. Police have publicly stated that Luis’ behavior isn’t consistent with that of a grieving husband. He stopped cooperating with Debbie’s family and his own children.

Luis Melo’s New Life
In 2003 Luis pleaded guilty to assault and battery charges for shoving and hitting his girlfriend, Samira DeOliveira. In 2004 the Samira took out a restraining order against him.  In 2006 Luis was granted a divorce from Debbie by the court on grounds of abandonment. Luis and Samira married and together they have a child.

New Search 2017
On Aug 25, 2017 the front yard of a home at 10 Bryan Drive in Taunton was excavated, a large rock and tree were removed and a large hole was dug. State Police cadaver dogs were brought in an attempt to locate human remains. The yard and neighborhood was undeveloped in 2000. The current owners of the property have only resided there for less than 2 years.  In an odd coincidence, the same address was where Courtney Sau (19) had resided with her family. Sau was stabbed and killed in Fall River in 2005 after an altercation with other women.