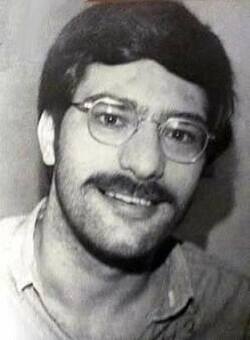 Victim #1 Bonnie Williams and Victim #2 Diane Federoff 1966 - Still Missing
In June 1966 Costa brought home two (2) girls Bonnie Williams and Diane Federoff with the announcement that he would be providing them transportation to Pennsylvania, and then he would continue his journey to California. Ten (10) days after announcing the trip, he returned back to Massachusetts.
Law enforcement began investigating the girls disappearance, Costa was interviewed, he claimed he drove them to Haywood California. No trace of the girls was ever found, and they remain missing. It is strongly believed Costa killed them.

Victim #3 Barbara Spaulding 1968 - Still Missing
In January 1968 his marriage was a mess and as a result he drove to San Francisco California. He remained in California for a short period of time.
His girlfriend at the time, Barbara Spaulding left her child with relatives and vanished on the day that Costa left to return to Massachusetts. She was never seen again, and homicide detectives now believe that Costa murdered her.
​
Victim #4 Sydney Monzon 1968
On May 24 1968, Sydney Monzon (18) went missing from her Provinctown MA home.  She was reported missing on June 14 1968 to law enforcement.
on March 4 1968 her remains were discovered buried together with Patricia Walsh and Anne Wysocki. Autopsy results determined she had been shot, her heart from her body, and signs of sexual assault post mordem.

Victim #5 Christine Gallant 1968
Christine Gallant was killed on November 23, 1968, She was found dead in her New York apartment bathtub. Autopy determined she drowned and had a barbiturate overdose.

Victim #6 Susan Perry 1968
Susan Perry went missing on September 10, 1968. Her body was found on February 8 1969 at the old Truro Cemetery. Perry's body had been cut into eight pieces

Victim #7 Patricia Walsh and Victim #8 Anne Wysocki 1969
On Friday, January 24, 1969, Patricia H. Walsh and Mary Ann Wysocki, traveled from Providence, R I, to Provincetown, in Miss Walsh's blue Volkswagen. They registered for two nights at a guest house operated by a Mrs. Morton. Mrs. Morton introduced the girls to Mr Costa on January 24. Costa was also staying as a paying guest at the house. The next morning Mrs. Morton discovered a note pinned to the door of the girls' room which asked, "Could you possibly give me a ride to Truro early in the morning.' The note was signed, "Tony."
On January 25 Costa was seen riding as a passenger in the blue Volkswagen by a friend of his named Zackarias. The Volkswagen was seen driving in the direction of Truro. Later that afternoon the two girls failed to keep an appointment to meet a friend in Provincetown.
On January 29 Costa inquired with a gasoline station owner what he would charge "to paint a Volkswagen some exotic color."  On February 2, a witness saw the Walsh Volkswagen parked about thirty feet inside a wooded area in Truro. On that same day Costa asked two friends to ride with him to Boston, Costa and the two friends went to the wooded area in Truro and from there drove to Boston in the Walsh Volkswagen. Costa told his two friends that two girls had given him the car and they were going to Canada. While in Boston, Costa inquired as to where he could procure a fake driver's license, registration and bill of sale.  He also offered to sell to two friends a .22 caliber pistol which he said was buried in the woods in Truro.
In the subsequent several days Costa told the police three inconsistent versions concerning his last contact with the girls and the manner in which he came into possession of the Walsh Volkswagon.
On March 5, 1969, and the several days thereafter, police officers uncovered two graves in a wooded area of Truro containing the dismembered remains of the two girls. A .22 caliber pistol was found buried nearby. It was later identified as Costa's gun. The cause of death of Miss Walsh was determined to be caused by a gunshot wound in the neck, while Miss Wysocki died as a result of a gunshot wound in the brain from the left side of the head. Miss Wysocki had also been shot a second time in the head. Three expended .22 caliber shells were found near the graves and there was expert testimony that they had been fired from the Costa gun. Blood stains were found both on a piece of rope in Costa's room and on a pair of Costa's boots.
The pathologist testified that the mutilation and dismemberment of the bodies were done after death and that his findings were consistent with the psychiatric condition known as necrophilia, that is, the perverse sexual attraction to dead bodies. The pathologist further described the numerous stab wounds and slashing-type wounds, which he inferred from his findings were all inflicted after death. In each case there was evidence of sexual abuse.

Arrest, Conviction, Suicide
On March 6, 1969, Costa was arrested and charged with multiple murders. His first psychiatric exam, on March 31, resulted in the diagnosis of a schizoid personality.  His trial began on June 3, 1969, and he was arraigned for the murders of Mary Anne Wysocki, Patricia Walsh, Sydney Monzon, and Susan Perry.
In June after the trial a second psychiatrist characterized Costa as sexually dangerous, and capable of murder.
On July 12, 1969, Costa confessed to the murder of Mary Wysocki.  Costa's trial opened on May 6, 1970, ending with his conviction on four counts of murder.
Sentenced to life imprisonment at Massachusetts' Walpole Correctional Institution on May 29, 1970.
Four years later, on May 12, 1974, at 8:10 p.m. Costa was found hanging in his prison cell, a leather belt around his neck. The death was ruled a suicide.
Costa is buried in Provincetown in an unmarked grave next to his mother.

Costa's Version
Costa described the murders of Walsh and Wysocki in his unpublished novel, Resurrection, written while Costa was in prison. According to Costa, he and a friend named "Carl" were out with the two women consuming LSD and other drugs. Carl then shot Walsh and Wysocki in the woods of Truro. Costa claimed he was able to subdue his friend, and upon realizing that Mary Anne Wysocki was still alive, Costa used a knife to end her suffering. Costa claimed they both buried the bodies.
The novel also describes the deaths of Susan Perry and Sydney Monzon as due to drug overdoses, one occurred in the woods of Truro, the other at his apartment. Costa claims it was Carl who dismembered and buried their bodies and that he had no knowledge until after their deaths. ​​